The Narcissism Born of a Destroyed Relationship 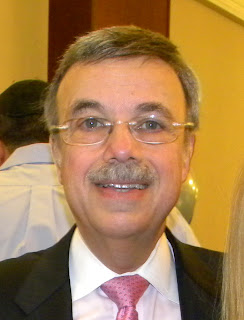 Creating a Narcissistic Perception of the World in Divorce or Other Break-Up:
Copyright © Jonathan D. Gordon, Esq. 2012
People’s needs during divorce often overshadow norms of acceptable behavior, sometimes ignoring the needs of their children.  In many cases, these new "needs"  lead a person to suppress or be blind to common decency and common sense.  Some divorcing couples allow these new needs to control or drive the entire process.  Usually, we think of needs as those necessary for life, as differentiated from desires or "wants".   A need is more compelling than a desire.  Air, food, sustenance, shelter, sex are needs.  They are necessary for survival and for the regeneration of people over time.  Perceived needs are those that we subconsciously add to the list of actual needs. Thus, having re-defined these goals (wishes, desires, etc.) as needs, people then act accordingly when they are deprived of their satisfaction.

What are these new perceived needs that spring up in the dissolution of a relationship?   In my experience, there are four new, divorce-specific needs that spring up during a divorce or dissolution of a relationship generally: the need to be right, the need to be in control, the need to punish, and the need to win. When these complementary and interconnected needs take over, then civility, the best interests of children, the rules of fair play, moral and ethical behavior often take a back seat.  Anything goes because the stakes are so high to that person.

A marital or relationship breakup, with its acute feelings of loss, tends to create paranoia, fear and insecurity as divorcing/disconnecting spouses or partners suddenly find themselves in uncharted territory. Along with perceptions of betrayal and abandonment, the individual is overwhelmed with feeling adrift, out of control, frightened, and at war in a swamp of dysfunctional behavior. Everything that was once taken for granted (such as trust and security) is now in question, an unsettling condition that devastates one’s self-esteem.   Adults who once felt reasonably secure or in control now face unfamiliar and confusing challenges.  Now it is hard to determine the right answers and correct choices. Everything is cloudy and uncertain, except for those new needs driving impulses that all of a sudden feel compelling.  In this context, one can fluctuate with black-white thinking between opposite self-perceptions: fragile vs. powerful, out of control vs. in-control, victim vs. attacker, loser vs. victor, etc.  This all-or-nothing thinking grows out of the new needs I referred to above.  It  becomes the life force, the life and death aspect of everyday life.  It is to die for, go down fighting, make the last stand, spend every penny (on lawyers), sink or swim, defending that need with every ounce of strength.

This new, acute reaction to one's world falling apart controls too often in dysfunctional ways.  This current loss or betrayal may also resemble--and become--a re-creation of previous losses experienced earlier in life.  It can conjure up old feelings of loss, betrayal and abandonment that a person may have experienced in childhood.  The abandoned spouse/partner may have also come into this relationship with poor self esteem as a pre-existing condition.  This new loss, while possibly being perceived as a newly devastating event, may also cause a re-opening of earlier devastating events in a person's life.  Regardless of the etiology of the feelings however, this new flood of raw feelings and the newly-perceived needs begin to run the person’s behavior.  These new needs become the obsession and the center of gravity for that person--the axis around which everything else revolves.  And like the sun shining in your eyes in the morning, blinding you to the road ahead, that is how overpowering these needs can be.  They obscure one's vision, and judgment becomes impaired.  The spouse or partner now will do almost anything, even if ugly, to be right, to be in control, to punish and to win.

Dissolution-Specific Narcissism:
Many spouses feel betrayed and victimized, often becoming vengeful and self-righteousness. If so, that person may self-justify punishing the “bad” spouse/partner who they believe hurt them.  It becomes all about one's "needs" and it becomes quite difficult if not impossible to see things from other points of view.  This is what I call Reactive Narcissistic Behavior (or RNB) stemming from the dissolution of a relationship.  It is a reaction to this particular traumatic event.  With RNB, a usually sensible person may become narrow-minded, tunnel-visioned and appear to be very selfish.  The person experiencing RNB perceives himself (equivalent to "herself" throughout this article) to be the victim.  The victimization is perceived (rightly or wrongly) to be caused by the other party.  Of course, the person's pre-existing personality characteristics and emotional stability will affect the intensity or manifestation of this  syndrome.  If a person was narcissistic to begin with, or had a narcissistic personality disorder, the behavior will be worse than it already was.  But in a previously, seemingly stable person with no personality disorder, he or she could appear to have such a disorder when they lose their relationship.  This is why it has been said that in divorce, we see good people acting at their worst and sometimes out of character.

How is RNB Manifested in Parents?

I discussed previously that it hurts children when their divorcing parents try to out-do the other regarding parenting time, competition with regard to gifts, vacations and fancy bedrooms with plasma TV's, etc.  Most hurtful is the competition for the child's love that is sometimes manifested by making demeaning the other parent to the child, or in front of the child, or allowing others to do so within earshot of the child.  Even subtle feedback like facial expressions and eye-rolling, convey to the child that the parent does not like the other parent and doesn't like to hear the other parent's name, etc.  The child learns that, for example, Mommy hates Daddy, and learns to feel guilty when that child wants to be with Daddy or wants to express something positive about the father (or the reverse, of course).  This can be happening in both homes also, and ultimately the child becomes torn, in a loyalty conflict, anxious and eventually angry.  Sabotaging the other parent's parenting time or activities with the child, as well as making derogatory comments about the other parent to the child (or in the child's presence) usually comes back to bite the offending parent later on.  It is actually self-sabotaging for the offending parent to act that way since the child will not forget how uncomfortable that behavior made the child feel.

A divorcing spouse or parent experiencing RNB will spend their last cent on legal fees, fighting against their estranged spouse over seemingly trivial issues.  Imagine spending literally thousands of dollars fighting over a couch that costs less than the legal fees.  Imagine spending thousands of dollars fighting over an extra day of parenting time that comes and goes.    Or making a Court application costing thousands of dollars to fight over a family pet.  Years later, looking back, it might seem surreal in retrospect.  But now the parties may be filled with feelings of victimization and anger.  Righteous indignation is sometimes misplaced and in the context of this article, it is born of narcissism.  People fantasize that if only they can get in front of the judge to tell their story, that the judge will side with them and punish their spouse.  This seldom happens.   The Courts don't often care about things that you may believe are very important, such as who committed adultery or how much you are hurt or feel betrayed.  The Court listens to both sides and tries to reach a fair outcome that is beneficial for the children, not necessarily what is going to make one of the parties happy or feel vindicated.  During this time of great duress, people are at risk or prone to become tunnel-visioned and to act selfishly, even if that was not their nature prior to these events.  More on these issues later.
Please note, this blog is for information purposes only. It is not legal or psychological advice and it does not create an attorney/client or psychologist/patient relationship. If you have a question about a specific matter you should seek out an attorney or mental health expert to assist you.
Jonathan D. Gordon's web site
Follow me on Twitter:  @jdgordonlaw
Visit Jonathan D. Gordon on Linkedin