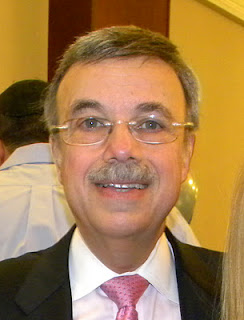 As we discussed previously, there is no end to what couples will fight about when their relationship ends.  For simplicity, I will use the context of divorce, but it just as well may be the conflict born of any dissolving relationship.  As we know, the demise of a love relationship often results in feelings of abandonment, betrayal, huge disappointment, anger and general emotional injury.  Psychologists sometimes make references to “narcissistic injury” in this context, where a person’s sense of self, their ego or self esteem is damaged by some major rejection or abandonment or other traumatic event.  This can be caused by the meltdown of a relationship as well as by losing one’s job, or some sort of public humiliation.  The injury in the loss of a relationship, however, is akin to that of the abandonment of a young child who feels adrift, terrified, alone and unsupported.  In an adult, this frequently manifests itself similarly during a breakup.  It is not uncommon for a rejected partner/spouse to feel these same intense feelings when a relationship implodes. It also conjures up old wounds from childhood which open up and unleash primitive, overwhelming emotions.   Accordingly, a breakup can result in childish or self-defeating behaviors as the person struggles to get their feet back on firm ground, and to regain their sense of personal efficacy and control.  Some find it easier than others, depending on their underlying mental health and stability.

As previously discussed (see blog post of Feb. 2, 2012), when adults are abandoned, rejected or otherwise betrayed by their partner/spouse, their intense feelings can bring on an acute tunnel vision that I called Reactive Narcissistic Behaviors (RNB).  A person experiencing RNB is (hopefully) temporarily incapable of seeing the big picture, having appropriate empathy for others (such as their children), often feel self righteous and (in their view) justifiably angry as well as perhaps paranoid and vindictive.  In extreme cases, a person will continue to fight with their estranged spouse/partner indefinitely, even after the divorce is long over.  Inappropriate behavior can result and in some cases, a restraining order must be filed for the protection of the other person.  There is often an ongoing relationship that never ends, seemingly now through anger, competition, the inordinate need to win, to punish, to be vindicated, to attain “justice” for everything they went through at the hands of the other former partner.  Sometimes this is also acted out in a protracted child custody battle or in long term attempts to alienate the children from the other parent, etc., as we previously discussed in greater detail (See blog post of April 17, 2012 for example).   As we know, child custody battles cost many tens of thousands of dollars in legal fees, sometimes into six figures for each of the respective parties.  It is not unheard of for a couple to each spend 2, 3 or $400,000 on legal fees fighting each other in court over children (or even over a marital estate or alimony).   Some cases top over a million dollars.

When there are no children to fight over, people often turn to property.  Or sometimes a divorcing couple will fight over the children in addition to fighting over their property.  This can include a huge marital estate or only a few items they managed to attain over the years.  I have sat in courtrooms watching other cases being argued, with expensive attorneys arguing over who gets the dishes or silverware.  Maybe the dishes cost $3,000.  The two attorneys, including their preparation time, that day cost $4,000.  It doesn’t matter.  It becomes “the principal of the thing”, whatever that means to any one person.  The Judge gives half the dishes to each of the parties (service for six or four?) in disgust.  Logic is thrown out of the window and emotions rule the day.

It is more newsworthy when a couple fights over pets.  It is no secret that people become very emotionally attached to their pets.  A family animal can become like a child to some, especially when there are no children for whatever reason.  There are popular cable channels and shows devoted to animals, pets or wildlife.  It is very easy to get attached to a dog, or cat especially when they are very cute, loveable and provide us with unconditional love.  That is probably more love than maybe someone received from their disappointing, now-estranged mate.  A dog will not reject its owner but will keep coming back to give more love and companionship to the one who pets him and feeds him.  In today’s news, we are hearing—not for the first time—the story of a couple fighting over their dog.  The couple-a former boyfriend and girlfriend—split up, and the girlfriend, Sarah Brega moved to California with their dog, Knuckles.  Craig Dershowitz claims the dog is his and that she kidnapped Knuckles, and he is fighting for the dog’s return in Manhattan’s New York State Supreme Court.   He has already spent over $60,000 in legal fees and related costs to get the dog back.  Ms. Brega has an attorney who is fighting against the return of Knuckles in both California and the New York Courts.  Mr. Dershowitz is now trying to continue his legal fight, by fundraising on the Internet, soliciting contributions, selling T-shirts, etc.  The couple has been on national TV, being interviewed, explaining their respective positions, including what they believe to be in the dog’s best interests.  Incidentally, the dog is incredibly cute.

Although a Court may look at an animal’s best interests, the animal is considered to be property, like a couch or a car.  Accordingly, the Court will have to sift through evidence and testimony to determine who is the rightful owner of the pet.  Contracts, emails, receipts, photos, etc. may be offered into evidence to determine issues such as whether the pet was a gift by one party to the other, was a joint asset owned by both, was a pre-marital asset, etc., to name a few.  In the case where, for example, a dog was purchased by a couple during the marriage and was cared for by both, there may be other considerations.  These can include how attached the children (if any) are to the dog, who walked the dog and fed it every day, who takes the dog on vacations, etc.  In some cases, it may be in the children’s best interests to have the dog with them most of the time.  In that case, perhaps the Court may consider having the dog accompany the children for parenting time/visitation with both parents.  In other words, in this scenario, the dog would go where the children go.  When there are no children, and when the Court cannot figure out if any one person has a better property claim to the pet, then the Court may decide to order visitation for the pet, having the dog split his time with both parties.  This could be a problem for a split-up couple who live long distances away from each other like Dershowitz and Brega.  Each case has its own circumstances and needs to be looked at within the context of its unique set of facts and within the structure of the Law as it applies to the case at hand.

Although this may all seem ridiculous to some or for those who are not interested in pets, for the divorcing or splitting pet owner, it is dead serious and worth fighting for.  Mr. Dershowitz said that he spent his life savings already on this case and has decided to raise funds on the Internet to enable him to fight for as long as it takes to win his case.  There is no doubt that he intensely loves his dog, but that is not the standard under which the Courts will decide this case.  It is possible (and I do not know this to be true at all in this case) that in general, a pet custody case—or other similar cases—will become protracted through anger and driven by power struggles to win or to be punitive, at all costs.   A person could easily lose their life savings through litigation.  When children—not pets—are the prize, however, the damage that is inflicted upon them in the course of the legal battles, can be huge and long-lasting (if not lifelong).  Another psychological factor, cognitive dissonance, may also control the course of the litigation. Loosely,  when a person already invested a substantial amount of money on a dubious cause (or a cause with a dubious outcome) that now appears not to be close to resolution, that person will often up-value his/her opinion of that endeavor to reduce cognitive dissonance.  It is almost like a little voice in the back of one’s head saying, “How could I spend so much money on _____?”  Instead of feeling that discomfort (i.e. cognitive dissonance), the person upwardly changes their perception of their behavior or goal to be more in line with the efforts or costs they have already expended on its attainment.  It is more than a rationalization, it becomes a new belief about the behavior.

No doubt that the intensity, ferocity and time spent fighting over a pet in an animal custody battle will incur great legal costs.  When a couple is locked into their divorce cage-fighting tournament (mixed marital-martial arts?), however, they won’t care about the costs and will do whatever they can to find the money to win.  Dogs are fortunate that they don’t engage in deep thinking about what the owners are doing to each other.  When children are the subject of the litigation, however, the sky’s the limit when it comes to psychological damage, heartbreak and legal fees.  Nothing to bark at.
Copyright © Jonathan D. Gordon, Esq. 2012

Please note, this blog is for information purposes only. It is not legal or psychological advice and it does not create an attorney/client or psychologist/patient relationship. If you have a question about a specific matter you should seek out an attorney or mental health expert to assist you.